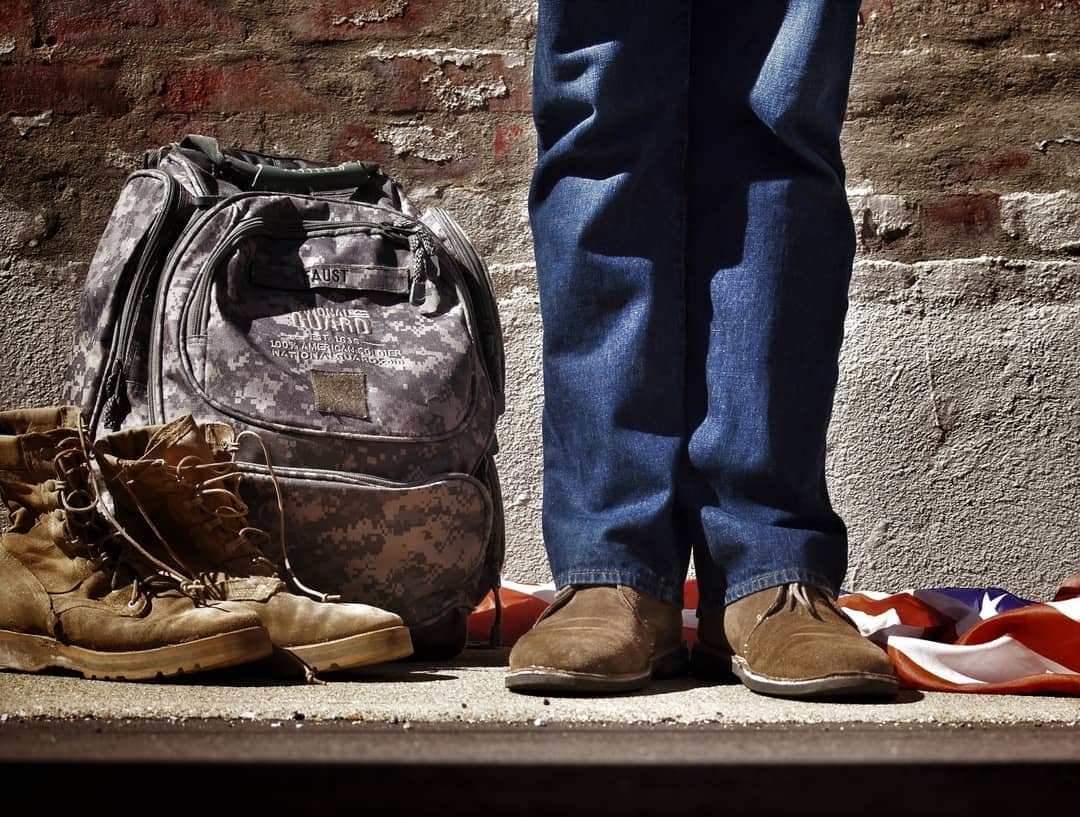 Post-traumatic Stress Disorder (PTSD) has become a familiar and frequently used concept in recent years. Although PTSD is a major issue faced by our returning troops, it has become somewhat of an umbrella term we often jump to when considering psychological injuries in the military and veteran population.

So what are some of the lesser-known issues veterans face in transition? These consist of moral injury, transitional stress, and sanctuary trauma.

It is important to differentiate these issues faced by veterans from PTSD. If we view every issue, we miss out on the complexity of the problem.

In the DSM-5, PTSD is conceptualized as, “exposure to actual or threatened death, serious injury or sexual violation.” This exposure then produces prolonged distressing symptoms in the individual such as nightmares, flashbacks, or hyper-vigilance. The key distinguishing factor is that PTSD is closely related to a fear response tied to the fight or flight instincts.

Beyond PTSD, moral injury focuses on trauma to the moral conscience. Two major definitions have emerged:

This may occur in a high steaks situation where one is forced to make a decision they may believe is right at the time, but may later come to realize the decision had negative unintended negative consequences.

For example, if a vehicle fails to stop, one may suspect it is an enemy threat, requiring one to take out the target. After the decision is made, one may come to learn the vehicle was actually occupied by an innocent civilian family.

Although the individual cannot be blamed for this action, it becomes a moral injury when the person suffers intense shame and unresolved grief.

This is not the only form of moral injury.

Jonathan Shay, in Odysseus in America, defines moral injury as stemming from the “betrayal of ‘what’s right’ in a high-stakes situation by someone who holds power.”

This includes a sense of institutional betrayal. For Example, an individual may feel betrayed by a superior, or the military institution as a whole, if they come to learn that the mission they were ordered to carry out actually resulted in the destruction of an innocent village.

Both forms of moral injury shatter a person’s worldview, causing a profound sense of shame and isolation. This is different than PTSD because moral injury does not rely on a fear response. Rather, it relies on a betrayal of our humanity.

Here is a comparison between PTSD and moral injury symptoms as presented in a recent series on moral injury in the Huffington Post:

As depicted, moral injury is marked by the highly evolved human emotions of grief and shame. PTSD relies on the more primitive emotion of fear, governing the fight or flight response.

For example, a dog can develop PTSD if it is traumatized. It is more difficult to give a dog moral injury. A dog may experience temporary guilt for a wrongdoing, but it is hard to imagine a scenario where this guilt would turn into long-term shame.

This is not a very popular concept, but it is something that I’ve found accurately depicts the unique challenges many veterans face upon reintegrating into civilian life.

In my research, I’ve found that veterans often experience a stressful transition to civilian life due to the cultural differences they encounter.

In my interviews with Canadian Veterans, I found six common themes: missing the military; feeling lost and apathetic in civilian life; feeling cut off from an elite family; difficulty connecting with civilians; the loss of structure; and the loss of a sense of service.

This sentiment is evident in Jessie Odom’s memoir, Through Our Eyes:

“the most devastating perpetual trauma I had to overcome was civilian transition… I know the changes I see in myself are not a result of the war in Iraq. Even though those memories are still there and are traumatic, it goes much deeper than that. The changes are the result of a man who wishes he was at war.”

Canadian psychologists with the Veterans Transition Program have referred to the problem as a “reverse culture shock” (Westwood, Black, and McLean 2002). Veterans speak of losing their closely bonded “military family” upon leaving the forces and experience a sense of identity disorientation as they attempt to navigate within an unfamiliar civilian world.

From a sociological perspective, transitional trauma is a form of ‘anomie’. Anomie is a concept used by Sociologist Émile Durkheim to describe a society lacking moral regulation.

An anomic society lacks the moral signposts that guide individuals throughout their life-course, leaving them without direction to pursue collective goals. In this sense, it is closely tied to moral injury.

Sanctuary trauma is a concept developed by Dr. Steven Silver: “[It] occurs when an individual who suffered a severe stressor next encounters what was expected to be a supportive and protective environment’ and discovers only more trauma.” Although this concept is under-recognized, a Canadian veteran is demonstrating its current relevance.

Bruce Moncur wrote a recent article in the Huffington Post expressing that fighting veteran affairs is like fighting the Taliban. He attributes at least half of his trauma to navigating the vicissitudes of veteran affairs. Sanctuary trauma comes from a feeling of abandonment, the feeling that one was merely used and thrown away when becoming injured. As stated in my post on Canada’s ‘sacred obligation’ to veterans, this was reinforced by the meeting with the former Veteran Affairs Minister, Julian Fantino, that went “off the rails.”

The sacred obligation goes beyond a legal contract; it is a covenant made by a society to care for those who served in an unlimited capacity. The major difference between a covenant and a contract is this level of liability. Contracts only hold parties liable to a degree limited by the terms and conditions of the contract, whereas covenants hold parties liable to an unlimited degree.

Christopher Coker, in The Warrior Ethos, describes the covenant as distinguished from the contract in three ways: “First, they are not limited to specific conditions and circumstances; secondly, they tend to be open-ended and long-lasting; and, thirdly, they rarely involve individual advantage.” What he is describing is the warrior’s covenant.

In the Canadian Armed Forces, the warrior’s covenant is characterized by “unlimited liability” – as described in Duty With Honour. This means that “members accept and understand that they are subject to being lawfully ordered into harm’s way under conditions that could lead to the loss of their lives.”

Accepting unlimited liability, serving members enter into a sacred covenant based in an altruistic commitment to self-sacrifice if required by the mission. In A Soldier’s Contract, Tom Martineau states:

“…then I come back, and you [the government] treat me like a piece of shit… I stuck up to my part of the bargain; I signed a contract saying what I was going to do, and I did it.”

Treatments for PTSD may include forms of cognitive-behavioral therapy. Treatments for moral injury may include existential/ spiritual counseling. Solutions for transitional stress may be sought in group therapy, programs that teach entrepreneurial skills, or occupational groups that provide individuals with a new sense of mission. As for sanctuary trauma, the solution is ensuring returning veterans feel they are cared for upon their return.