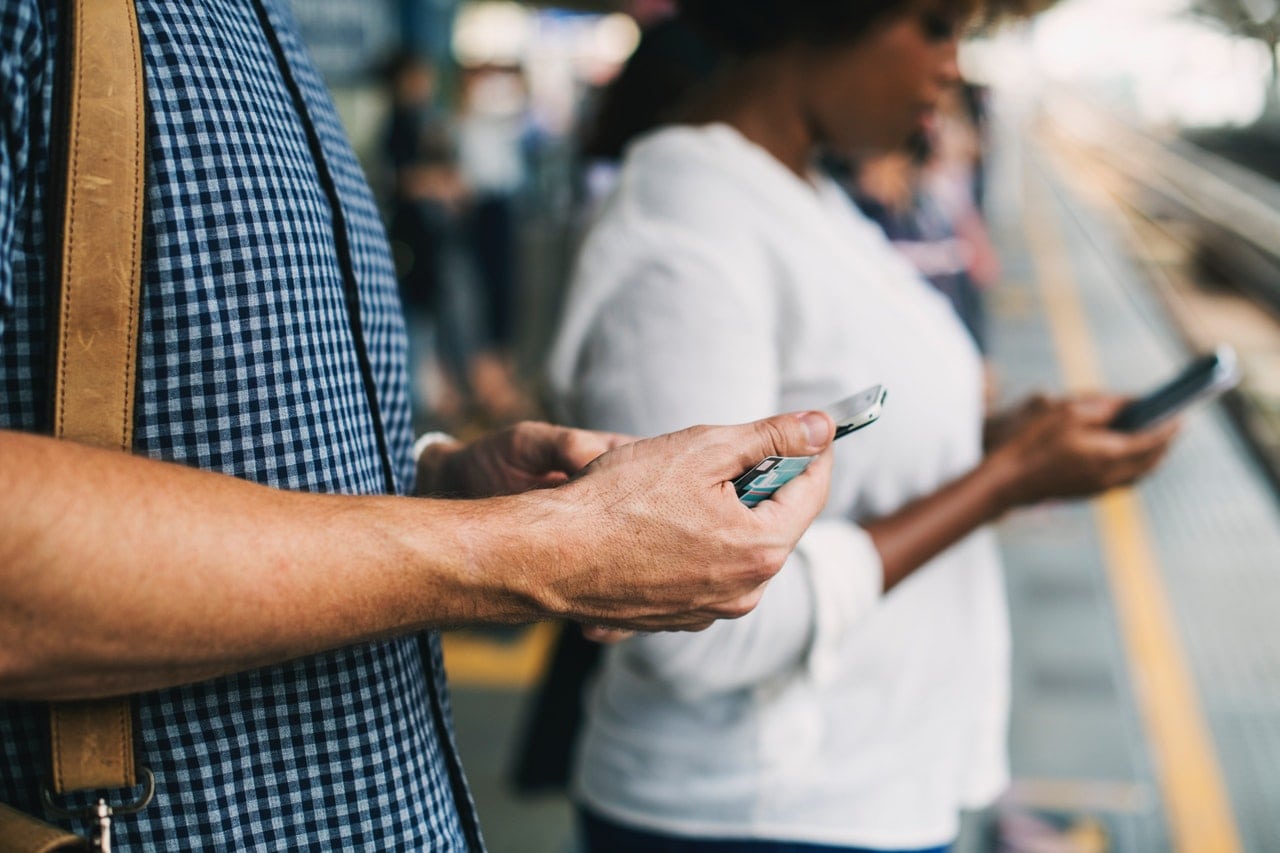 In an age where we are becoming more connected through social media every day, it sometimes feels like we are also becoming less social.

Why go through all of the inconvenience of meeting up in person when you can simply catch up online?

Within the last decade, technology has profoundly shifted the nature of human communication.

Some say we are “hyper-social,” always connected and communicating with multiple people at the same time. Others would say we have become “anti-social,” glued to our devices, and lacking interpersonal skills. So which is it?

Let’s take a look at the research.

The first study looking at this phenomenon was published in 1998, around the time when many people were starting to use the internet.

The researchers followed 169 people during the first two years of their internet use to determine if this new technology made them more social or less social, finding:

“…greater use of the Internet was associated with declines in participants’ communication with family members in the household, declines in the size of their social circle, and increases in their depression and loneliness.”

This was seen as quite the paradox, given that the individuals were using the internet extensively as a communication technology.

A 2004 study comparing internet use to face-to-face interaction found a similar conclusion, stating:

…the Internet can decrease social well-being, even though it is often used as a communication tool.

Has anything changed since then?

In her recent book, iGen, Jean Twenge writes about the generation born after 1994, finding high rates of mental health issues and isolation:

“In the next decade we may see more young people who know just the right emoji for a situation—but not the right facial expression.”

A 2016 study comments on this generational phenomenon, stating:

It is surprising then that, in spite of this enhanced interconnectivity, young adults may be lonelier than other age groups, and that the current generation may be the loneliest ever.

The correlation between internet use and isolation is fairly established in the literature. But let’s not paint the whole internet with the same brush.

A 2014 study highlights the psychological costs and benefits derived from social media use, stating:

…online tools create a paradox for social connectedness. On one hand, they elevate the ease in which individuals may form and create online groups and communities, but on the other, they can create a source of alienation and ostracism.

It turns out the answer may be a bit more complicated.

Let’s take a look at the specific factors that make the difference.

Social Media Can Be Social (If used to connect)

A 2016 study with the apt subtitle, “Why an Instagram picture may be worth more than a thousand Twitter words,” finds that image-based social media platforms like Instagram and Snapchat may be able to decrease loneliness because of the higher levels of intimacy they provide.

The researchers studied Instagram use among 208 undergraduate students, finding there was one thing that made all the difference: “the social comparison orientation.”

What is social comparison orientation?

It’s when you compare yourself to others on social media. For example, you may find yourself passively scanning through an endless feed of finely curated photos, wishing you had a different body, a different job, a different life!

It’s the sense that everyone has it better than you, and that you’re missing out on all of the best events, vacations, and products.

A 2008 study on internet use among older adults supports this distinction, finding:

Using the internet as a communication tool can decrease loneliness.

Experimental evidence in a 2004 study, highlights this by measuring a person’s level of loneliness throughout multiple intervals as they engage in an online chat. They concluded:

Internet use was found to decrease loneliness and depression significantly, while perceived social support and self-esteem increased significantly.

Although chatting online can decrease loneliness, what about using social media platforms to post status updates?

A 2012 study conducted an experiment to determine if posting a Facebook status increases or decreases loneliness. Yes, this is an actual experiment.

The researchers told one group of participants to increase their number of status updates for one week. They didn’t give any instructions to a second control group. Results revealed:

(1) that the experimentally induced increase in status updating activity reduced loneliness, (2) that the decrease in loneliness was due to participants feeling more connected to their friends on a daily basis, and (3) that the effect of posting on loneliness was independent of direct social feedback (i.e., responses) by friends.

These results may seem to contradict the previous finding that social media broadcasting is correlated with increased loneliness, but there is a crucial difference: the social comparison orientation.

In this experiment, the researchers did not differentiate between users who had high or low levels of social comparison. The users in the group being told to update their status more frequently were not told to scan their news feeds more often, nor was their social media use manipulated to alter their level of social comparison.

So what is the key lesson here?

Using social media in a way that connects us with others can make us less lonely and more social.

Unfortunately, as social media use increases, we are becoming lonelier.

This trend suggests we may not be using social media in the most social ways, comparing ourselves to others. In addition, we may be sacrificing in-person interaction for the convenience of social media interaction. Both of these factors increase the likelihood of experiencing social isolation.

If you are interested in reading more on the psychology of social media, you can check out my comprehensive post on the topic here: Why We Are Addicted To Social Media: The Psychology of Likes.

In that article, I go deep into the research on what keeps our brains hooked on social media likes and how you can use social media in a healthier way.